Council recently rejected a proposal to include a capital project plebiscite on the fall ballot. Do you think the plebiscite should be on the ballot?

Who would you like to be St.Albert’s next mayor?

If the election were held today, would you vote for St.Albert’s councillors?

If the provincial election were held today, for whom would you vote? 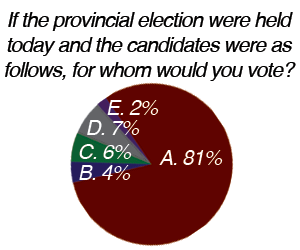 Would your vote change if Nolan Crouse were leader of the Liberals?

4% would be more inclined to vote for Mr. Crouse

5% would be less inclined to vote for Mr. Crouse

91% of votes would remain unchanged. 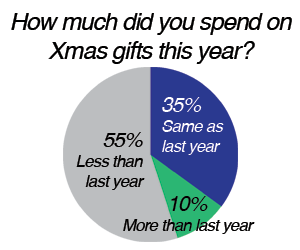 How much did you spend on Xmas gift this year?

Do you intend to get a flu vaccine, this fall, for you or your family? 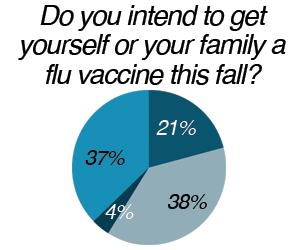 What do you think of the pay raise for the mayor and city councillors? 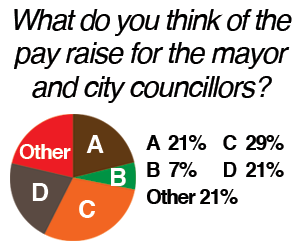 Great, good compensation is deserved for this work.   21%

Okay, better to have a simple system than lessor salary and per diems  7%

Bad, per diem rewarded work, straight salary does not  29%

Bad, they are overpaid already  21%

Great for Mayor, not for councillors   0%

Great for councillors, not for mayor   0%

“They need to be more accountable, not better paid”

“They should be full time jobs”. 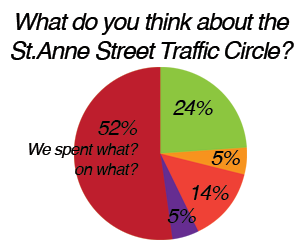 What do you think about the traffic circle at St.Anne St?

Not so great, traffic circles are evil?  5%

September 6, 2016
What do you think of Councillor Bob Russell’s emails to staff and fellow elected officials? 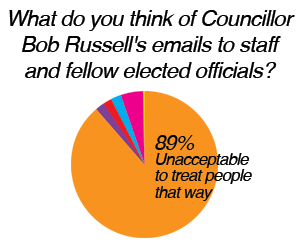 Unacceptable to treat people that way.  89%

Unacceptable to put such things in writing.  2%

Such comments should be presented face to face.  2%

Not got, but understandable given the circumstances.  5%

Fine, his job is to address these issues.  0%

Fine, staff and fellow councillors are accountable for their actions.  2% 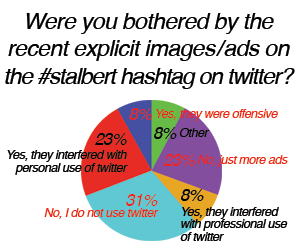 Were you bothered by the recent explicit images / ads on the #stalbert hashtag on twitter?

Yes they were offensive  8%

August 4, 2016
Does the imminent Canada Post Strike / Lock out affect or concern you? 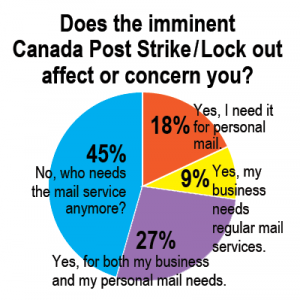 Yes, for both my business and my personal mail needs. 27%

Will, or how will, Walmart’s decision to stop accepting Visa cards as payment affect your shopping plans?

Who cares, a spat between massive corporations 17% 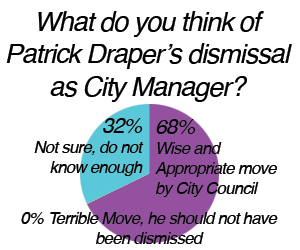 What do you think of Patrick Draper’s dismissal as City Manager?

Terrible Move, he should not have been dismissed    0%

What Parking would you prefer on Perron Street? 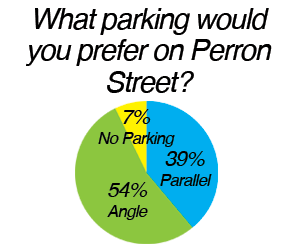 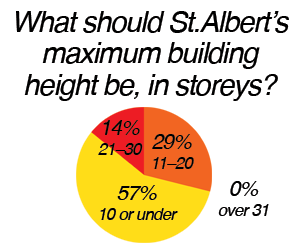 What should the maximum building height be in the City of St.Albert? 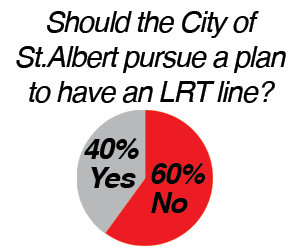 Should the City of St.Albert pursue a plan to have an LRT line?