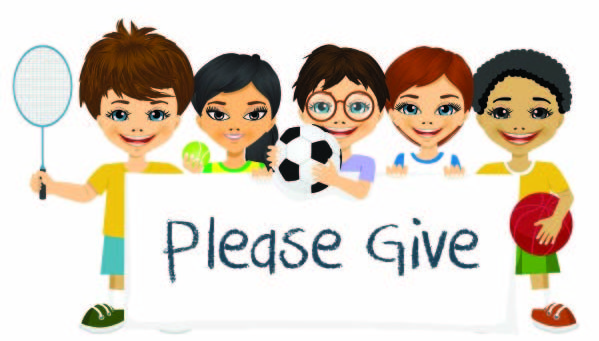 “As gross as a bottle drive is,” says Wendy Bennett, fundraising director of St. Albert Minor Football Association (SAMFA), “you really get to know the other parents as you sort through disgusting bottles and wonder what you will find next.” Most parents can relate. The ubiquitous bottle drive (and its attendant smells) might just be as Canadian as maple bacon poutine. But the commonness of this fundraising mainstay also highlights how dependent many youth-centred organizations are on the hard work of volunteers—often parents—as well as the generosity of the community. With so many kids in so many things, one has to wonder if the willingness to give has a breaking point.

C’mon, It’s for the Kids

St. Albert is a young town, with almost a fifth of the population under the age of 14. With a lot of kids comes a host of youth-centred recreational organizations. And that’s good news, as the range of sports programs, social clubs, outdoor activities, and arts-themed options means there’s something to appeal to most kids. The downside is that some of these programs are expensive to run. Whether it’s facilities, equipment, training, or travel to and from events, the cost of operating a program that keeps kids safe and engaged can easily add up. “On average, I would say our overall expenses run around $60,000 per year,” Bennett says of SAMFA.

The association provides most of the equipment its players use, with parents on the hook only for cleats. With a full set of football equipment running about $500, the association is already loaning out upwards of $100,000 worth of equipment each season, and every year, broken or outdated equipment has to be replaced. Bennett estimates a budget of $32,000 for the 2018 season just for equipment replacement. Additionally, SAMFA has to pay for space, both to play the game and to store their equipment. Simple math dictates that money has to come from somewhere to pay for these costs and to keep minor football safe.

It’s a familiar predicament, and that’s why many organizations and schools have some kind of fundraising and/or volunteering component. Sometimes, the fundraising can be an anticipated draw in its own right—Girl Guide cookies and Scout popcorn have been selling for so long they’re practically a tradition and a treat that many enjoy. Otherwise, organizations rely on common go-tos like drives, raffles, sales of books and household items, and more, along with rustling up volunteers to work bingo games and casino nights. The various fundraisers that the minor football association holds, for example, bring in around $25,000 each year—not an insignificant amount for a non-profit. For that matter, it’s not insignificant for parents either, considering that they’re the ones who have to cover much of the difference.

“I would say the majority of the parents support the fundraising, as it keeps football to a low cost,” Bennett says. “It’s a necessary evil if you want to keep registration costs down and program quality up.”

But many parents in St. Albert are already too familiar with the myriad ways that money can be raised from the larger community. “As a parent with children involved in various sports and activities, we’ve had a heavy fundraising load for the past decade,” says Derek, a local father of three. He and his wife have helped with various fundraising activities, including supervising their children on door-to-door canvassing runs, selling food and magazines for schools, donating to hot lunch programs, taking part in drives for everything from bottles to clothing to food, and participating in a number of charity events. For a lot of parents, getting kids active and involved in things outside of the home requires a hefty investment of money, time, or both.

The Albertan Spirit of Giving

The fundraising that parents take part in can be thought of as the old-school equivalent to crowdfunding: members of a community making many small donations to something that may or may not benefit them directly—and this can add up to a good deal of money. It’s a model that relies on a person’s sense of goodwill and generosity, and it tends to work well, thanks to the largesse of Canadians. When it comes to donating to charities and non-profits, we’re a giving people. According to Statistics Canada, tax filers reported total donations of $9.1 billion in 2015, with the largest year-to-year increase right here in Alberta (5.4%)—and that, in the middle of an economic downturn. And these numbers don’t even take into account the bottle drives and other small-scale activities that we’re talking about here.

But this model asks a lot of parents, especially if you have two or three (or more) children. As Derek points out, having kids involved in one thing or another means making a significant time or money commitment on top of the cost of signing up. Given the seasonal nature of most sports and other activities, many kids aren’t in just one thing. Besides hockey in winter, there might also be baseball or soccer in the summer. And there’s always school fundraisers, too, with some organized by parents’ associations. Time is also money, and a typical fundraiser requires at least some parental involvement, either with planning, running the event, or both. Take a bunch of these events together, and maybe throw in the occasional late-night casino shift, and parents start to feel the pinch.

“The biggest problem is doing several fundraisers through the year,” Derek says. “I think most parents would prefer a main one-time fundraiser that covers the year. Even if it is a heavy commitment, it gets it over with.”

Perhaps exacerbating the issue is the fact that these asks are often mandatory. The St. Albert Mustangs Track and Field Club, for example, requires families to contribute minimum volunteer hours during the outdoor and indoor seasons, as well as meeting a fundraising quota for each season. The St. Albert Skating Centre has parents purchasing a certain number of raffle tickets at registration for resale later on. Minor football, too, mandates certain commitments. Parents and players are expected to participate in at least one of three bottle drives, and are required to buy raffle tickets and chocolate-covered almonds at equipment pickup, to the tune of $240.

The big ask here isn’t so much the money, as families can make that back by selling all of their tickets and almonds. Also, for the past couple of years, SAMFA has offered an opt-out where parents can pay $350 straight up if they’re unable to fulfill these commitments, though Bennett reports that few people go this route. Rather, it’s the anticipated time and effort that those sales will require, especially when coupled with the fundraising requests of other programs. As Bennett notes, fundraising fatigue seems to come up “when parents talk about all the extra fundraising they are still trying to do for their schools and other team sports.” Indeed, time as much as money is a finite resource for many parents.

On the flip side, possibly due to the compounding nature of the issue, patience can occasionally be in short supply when it comes to someone else’s kids asking for donations. Sometimes a box of chocolate-covered almonds in return isn’t quite enough. But the fact is, youth fundraising and volunteering are more deeply entrenched in our communities than we realize. It’s not just your own kid who’s looking to raise money for gymnastics; it’s also your friends’ kids, your coworkers’ kids, your neighbours’ kids. Asking strangers for donations can be difficult, and so we tend to lean on the people around us. And they lean right back. In these situations where reciprocity is expected, saying ‘no’ to some donation requests just isn’t an option. Refusals can be taken personally and cause problems when it’s your turn to ask a gluten-intolerant neighbour to buy a box of your daughter’s wheat-laden Girl Guide cookies.

The office, in particular, can often be a difficult environment for this, and some workplace codes of conduct may directly or indirectly address the topic. Derek reports that in his office people take a more passive approach to selling for fundraising, as using company resources—including time and communication channels—for personal reasons is frowned upon. Even sending an email around the office, although it might be tolerated, verges on being too direct and possibly an improper use of IT. Instead, the preferred method for fundraising is putting up standard letter-size posters with the relevant information. This works well, Derek explains, as his coworkers like to support each other, and this is a less imposing and low-effort way to do it. It doesn’t annoy by putting people on the spot the way a more aggressive request might. While people do like to give, it’s always nicer when the giving feels genuine rather than forced.

“It’s mainly tit-for-tat,” as Derek puts it. “Over time you get to know who will donate and who won’t. As long as you reciprocate when they’re asking for donations, it works to everyone’s benefit.”

On the Bright Side

Despite all this, parents remain committed to youth organizations, and their requisite fundraising efforts. It may be a community thing, and fundraising may be partly to thank for it. The hard work of volunteers who keep these organizations solvent and running year after year, and in the process, provide kids with experiences and opportunities to grow, is a source of civic pride. A few organizations have figured this out, citing the opportunity to get out into the community and establish a visible presence as one of the benefits of fundraising. There are plenty of other positives, too. Getting kids and parents alike involved, even if it’s a required commitment, gets families more invested in these programs and their role in their community. It can be a hassle, but ultimately, it’s a social opportunity. As Bennett says, “It is a way to bring all the football families together to meet, mingle, and build relationships.” t8n

An early crowdfunding project was the construction of the Statue of Liberty. Built in France and shipped in pieces to New York, the statue couldn’t be put together because the funds needed to finish building the pedestal ran out. That’s when publisher Joseph Pulitzer stepped in. His newspaper, The New York World, organized a campaign that collected small donations from its readers. Rich and poor alike contributed, with 160,000 donors raising the $100,000 needed to complete the pedestal. Three-quarters of the donations were less than a dollar.