The image of a typical family—two parents and a couple of kids living under one roof—doesn’t reflect reality for many Canadians. In families where the parents don’t live together, co-parenting is often the norm. Although splitting parental duties while living apart is understandably challenging, there are many success stories and teams making it work. How do they do it? Well, there’s no foolproof guide to parenting, either for traditional or non-traditional families. But following the tips below can help co-parents provide a stable and supportive environment, not just for their children but also for themselves.

Communication is key in any meaningful relationship. That doesn’t change when parents aren’t sharing a home. If anything, communication channels become even more important when parents are apart. The unexpected can and does come up when raising a child, and it helps greatly if co-parents can address and resolve those issues quickly. Of course, that’s not to say you need to be in constant contact with your co-parent. In fact, it’s also a good idea to set ground rules about when not to pick up the phone. Outside of emergencies, you may want to limit contact during certain times, such as meals or late at night. Making contact both regular and predictable will help keep the job of child-raising business as usual.

You might remember group projects in school where the teacher chose your group members for you. Maybe you weren’t friends with, or even cared for, those people, but you still had to work together to get the job done and done well. Co-parenting is a little like that, but with higher stakes. Each co-parent should be ready to divide parental duties as squarely as possible. Even if your co-parent is unable (or seems unwilling) to do as much, you still need to find a way to work with them. Find some common ground and the best possible parenting arrangement, so that you can work together as one.

Consistency is a big part of successful co-parenting. For a child, splitting time and space between two parents takes some adjustment. Co-parents need to keep things as stable as possible, and consistency is key to this. That means being available when you say you will be, and it also means both co-parents using a consistent set of rules in each home. If one co-parent allows the child to behave in a way that the other doesn’t, it could undermine the relationship between the parents. Kids are also likely to figure out that they can play one parent off the other.

This one might be a little difficult, especially if there’s no love lost between the co-parents. But for stability, it’s important that a child’s feelings for either parent aren’t influenced for the worse. In other words, don’t go airing any grievances you have about your co-parent in front of the children. In addition, if your child says something negative about the other parent, you should try to defend them if possible—even if you think your kid’s right. Doing so helps set boundaries for a child and teaches them to respect both of you.

Co-parenting doesn’t happen in a vacuum. Typically, you and your co-parent will have your own extended families, whose roles have to be considered as well. This could get tricky, for obvious reasons, as your co-parent may have family members who you don’t get along with or who you think may be a bad influence on your child. Either way, it should be something you and your co-parent discuss. The best policy is flexibility. You don’t want to be too controlling over who your child sees when he or she is not in your care. But if you do have concerns, voice them openly and try to come to an understanding.

In any family, there’s bound to be some conflict. Factor in a separation or divorce, and a person’s testiness only increases. Even if you are on good terms with your co-parent, it’s naïve to think you’ll never have disagreements. It’s also not realistic to think you can win every battle. Be selective about when and how often you draw a line in the figurative sand. A little give-and-take in a relationship is natural and healthy, and learning to back down sometimes will make your life less stressful.

Once you have a schedule that works, treat it seriously. Don’t change plans or suggest unnecessary revisions. Sure, things will come up, and it’s good to be flexible and accommodating when they do, but outside of rare exceptions, commit to keep the schedule you’ve agreed to, since it’s best to keep things as predictable as possible.

Having two parents in the same household doesn’t guarantee a smooth family life. By the same token, just because parents aren’t together, it doesn’t mean they can’t provide everything their children need to thrive. Far from it. Children are more resilient than we sometimes give them credit for. With stability, consistency and love, along with basic necessities, children tend to fare just fine. By providing great parenting, and not just more of it, co-parents can rest easy at knowing they’ve done their best. t8n 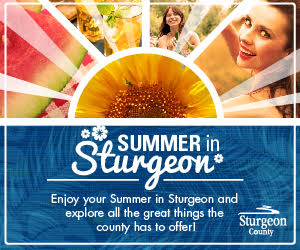