Winter depression, seasonal depression, the winter blues… the number of names alone that we have to describe seasonal affective disorder (SAD) is just one indicator of how deeply the down side of winter can affect us. What is already a least-favourite season for some is increasingly being recognized as a potential trigger for regularly recurring depression in some people.

People have long recognized that seasonal changes can affect mood, especially in places with long, dark winters. The oral traditions of some northern cultures have words and terminology that note the relation between midwinter and mood disorders. In Sweden, there’s lappsjuka (“sickness of the Lapps”) while Iceland has skammdegisþunglyndi (“short-days’ depression”). Norwegians simply refer to mørketid—“murky time” or Polar Night as a season of low moods, when daylight is fleeting. Indeed, any society living up north knows how dreary winter can be.

But in the medical community, acknowledgement has only come recently. Research began in the late 1970s, and by 1984 the condition had a name. In fact, several of SAD’s pioneering researchers were themselves seeking answers for their winter blues. The first to describe SAD and coin the name was psychiatrist Norman E. Rosenthal, after he and his wife experienced the disorder firsthand after moving from their native South Africa to New York City in 1976. Initially, descriptions and diagnoses of SAD were met with skepticism, but years of research, writing, and patient activism gradually shed some light on SAD, so to speak. It eventually found its way into Diagnostic and Statistical Manual of Mental Disorders (DSM), a publication by the American Psychiatric Association that serves as an authority on the subject.

The change in attitude has been monumental. Not only is SAD accepted as a bona fide medical disorder, it’s recognized as a common experience in wintry countries. According to the Mood Disorder Association of Ontario, 2 to 6 percent of the Canadian population is afflicted with SAD and 15 percent experience a milder version of it.

“From my perspective,” says Andrea Thrall, a registered psychologist at River’s Edge Counselling Centre in St. Albert, “the most apparent shift is a more commonplace acceptance of the symptoms of SAD as well as the treatment options.”

Certainly, the status of SAD has changed over time as our understanding of it has deepened. Whereas originally it was considered a unique illness, evidence now suggests that it’s actually a type of depression—hence its more accurate name in the fifth and latest edition of the DSM: Depressive Disorder with Seasonal Pattern. All the same, it’s easy to see why the SAD acronym has stuck in common parlance.

Indeed, SAD has a lot in common with other depressive disorders in terms of symptoms: low energy, a loss of interest in enjoyable activities, difficulty concentrating, social withdrawal, anxiety, and hopelessness are a few of the common signs. What really marks SAD, though, is the seasonal aspect.

“For me, the clearest sign is the tendency for symptoms to change over the course of the year,” says Thrall. “Specifically, patients notice low feelings emerge in the fall, reach a lowest point in winter, then start to improve as spring approaches.” Other symptoms associated with this winter depression include lethargy, difficulty getting out of bed, and a craving for carb-rich foods, which can lead to weight gain.

Interestingly, some can experience SAD outside of winter. Summer-onset SAD follows a similar predictable pattern with symptoms appearing in the spring, worsening over the summer, and abating in autumn. Summer-onset SAD may also show similar symptoms including difficulty sleeping, loss of appetite, and anxiety.

Whatever season it shows up, the causes of SAD are still not fully understood. SAD can affect anyone but, some are more susceptible than others. It appears more often in young adults, and those with pre-existing depression or bipolar disorder may have an increased risk. Genetics may also play a small role. According to the Canadian Mental Health Association, 13 to 17 percent of people with SAD are closely related to someone who has also experienced it.

Also, women are more at risk than men, as several studies have shown, including one published earlier this year by researchers at the University of Glasgow. That study looked at 150,000 UK adults in a national database and found evidence that depressive symptoms in women, but not men, had a seasonal character. According to the study, low mood, fatigue and anhedonia (loss of interest in normally enjoyable activities), peaked in women during the winter months. Other authorities, such as the National Center for Biotechnology Information in the US, report that SAD occurs in women four times as often than in men.

But the biggest factor, at least for winter-onset SAD, appears to be sunlight—or a lack thereof. As mentioned, northern societies have long made the connection between shorter days and depressive episodes. This realization is borne out by the fact that SAD is much more prevalent the farther one gets from the equator. The UK reports a similar rate of prevalence as Canada, with 20 percent of people experiencing winter blues and 2 percent diagnosed with SAD. More telling are American numbers, though. Only 1 percent of Floridians report symptoms of SAD, compared to nearly 10 percent of Alaskans.

Of course, a lack of exposure to sunlight doesn’t really explain why some people experience SAD in the spring and summer. A variety of causes have been proposed for summer depression, including over-production of melatonin (a result of too much sunlight), higher temperatures and humidity, and circadian disruptions in those who stay up later. To date, though, research on the subject is limited.

So, when should you or a loved one seek professional help? Milder forms of SAD—otherwise known as the winter blues—are common and not necessarily a cause for alarm. Nonetheless, when symptoms persist, and especially when they appear at the same times each year, it may be wise to seek counselling. According to Thrall, it’s the extent to which SAD interferes with different areas of a patient’s life—such as work and personal relationships—that determines when winter blues have become
a cause for concern.

Fortunately, in Canada many psychologists have seen incidences of SAD among their patients and will know how to identify it and deal with it. Thrall says that while anxiety, depression, and mood disorders are the issues she usually encounters in her practice, she also gets a number of patients showing symptoms of SAD.

“Given the seasonality, people tend to seek out help for this problem in the depths of winter when symptoms are often at their worst.”

Light at the End of the Tunnel

The good news is that for people experiencing SAD, a number of effective treatments exist. If you have bipolar disorder, be sure to inform your doctor; this will help them prescribe a safe treatment. Medication is one possibility, with patients taking antidepressants to manage the symptoms and effects of depression. Some patients may even take antidepressants before the onset of symptoms each year. While this might not address the underlying causes—which are not fully understood—for some at least, it appears to pre-empt depressive episodes.

Counselling may also work, as it does for other depressive disorders. Professionals trained in cognitive-behavioural therapy can provide strategies and coaching to help patients deal with depression. Self-help is also possible, especially for those with milder symptoms. Habits like getting regular sleep and exercise, eating a healthy diet, and maintaining social connections might help reduce some symptoms of depression.

But the leading and best-known treatment for SAD is light therapy, where patients with winter-onset SAD deliberately expose themselves to daylight. This can be done by moving to a sunny destination for the winter, or more realistically, with a lightbox. These devices create bright, artificial light that simulates sunlight but filter out harmful light that can damage the eyes. A typical lightbox produces 10,000 lux (unit of illuminance)—that’s 20 times greater than what indoor lights usually offer, and dimmer blue or green lights may also be used. Lightboxes are typically used at home for a few minutes each day—usually first thing in the morning—and effectively replace the loss of light outside. Used properly and consistently, light therapy has proven to be effective relief from SAD for the majority of patients.

And these treatments are not mutually exclusive.

Even for those who don’t suffer debilitating symptoms at certain times of year, the growing awareness of SAD is a helpful reminder of how much our environment can affect our mental health. Being mindful of the timing of our ups and downs is a good first step in managing our moods and dealing with seasonal blues. Because winter is difficult enough as it is, no matter what you call it. t8n

SAD carries many of the same symptoms as major depression. According to the National Institute of Mental Health in the US, season-specific symptoms can include the following: 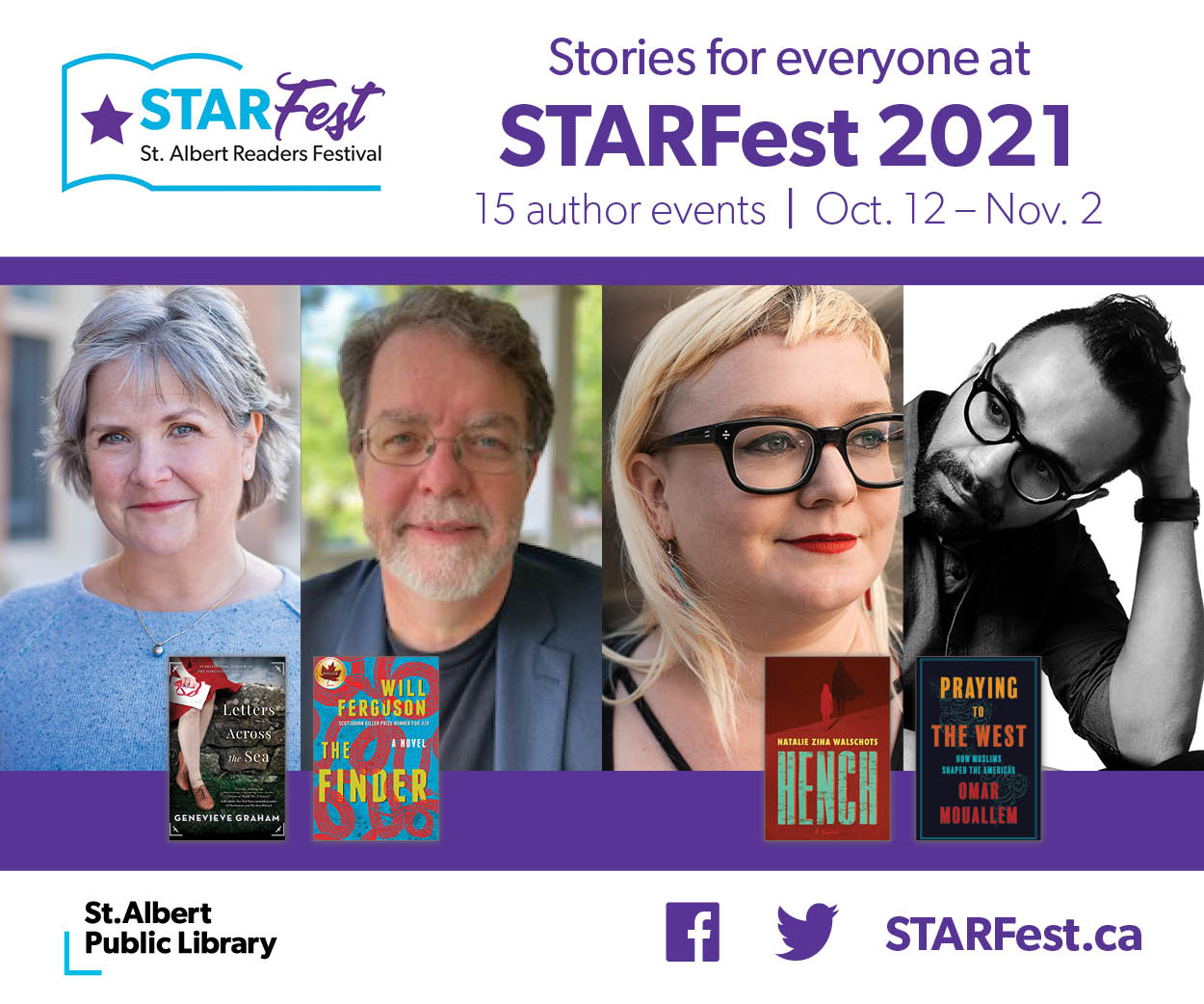