Midtown Apothecary is a fairly new addition to St. Albert’s downtown core, but it is quickly becoming a favourite within the community. The popularity of this pharmacy/ice cream shop hybrid is due in no small part to owner Karen Moak’s business philosophy. “It’s about forming relationships with your customers,” she says. “That’s something you miss out on when you’re working for a bigger company.”

Karen’s view on franchised pharmacies comes from years of personal experience. She operated the Target pharmacy here in St. Albert during its brief lifespan and recounts that the structure of a corporate pharmacy is such that whole days could go by without her directly interacting with a customer. Target Canada’s loss was St. Albert’s gain, as it gave Karen the opportunity to branch out on her own. “We were approached by a number of different companies after Target closed, but by starting our own business, we had much more freedom to set our own priorities, placing customer service first.” Many of Karen’s customers followed her from Target to Midtown Apothecary, but her customer focus is attracting people from all over St. Albert.

The ice cream section of Midtown Apothecary, modeled after an old-time malt shop, definitely lends itself to this close relationship that Karen and her staff are building with the community. In typical pharmacies, customers come in to get their prescriptions filled, and that’s where the relationship ends. At Midtown Apothecary, customers can wander in from the library, the farmers’ market or from wherever they happen to be for a quick ice cream and a chat, getting to know the pharmacists as more than just faces behind a counter. The staff at Midtown Apothecary know that a lot of their customers are there for the ice cream, and that’s fine by them. When it comes down to it though, Karen puts her responsibilities as a pharmacist first. No matter how busy the ice cream counter gets, the medical needs of customers will always be the greater priority.

So the next time you need relief from your symptoms or the sun, give Midtown Apothecary a try. You can get both prescriptions filled at the same time.

You can learn more about Midtown Apothecary here.

Newsletter June 1 Photo of the Week 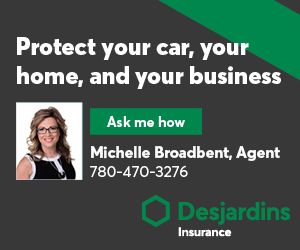