This recipe is a great dip for tortilla chips, crackers and veggies. The tahini gives it a creamy texture and the pinch of sumac brightens up the flavours of both the cauliflower and pepper.

½ tsp. kosher salt (possibly a bit more at the end for taste!)

Preheat oven to 425º. On a large, rimmed baking sheet, toss the cauliflower florets and the quartered pepper with an eighth of a cup of olive oil. Roast the vegetables until they are tender and developing a nice brown exterior.

Before the ingredients are tossed into a food processor, pop the roasted peppers into a bowl and cover with a silicone lid or a piece of plastic wrap. Wait about five minutes and then peel the skins off.

In a food processor, combine the cauliflower, the pepper pieces, the tahini, the salt, the pepper, the sumac. Pulse a few times to combine and then slowly drizzle in the other an eighth of a cup of the olive oil. Process until the mixture resembles hummus. Taste the salt at this point and decide if a little bit more would add to the flavour.

Pop the hummus into a bowl and garnish with chopped fresh cilantro, a sprinkle of sumac and a small drizzle of olive oil. Serve with something crunchy and enjoy! 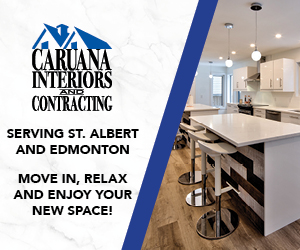