Tara Borle’s phone is literally ringing off the hook these days. As a St. Albert-based mortgage planner, she’s juggling her schedule more than ever, answering calls, responding to messages and fitting in Zoom conferences−almost all of them involving people wanting to purchase a property. “It’s a good time to buy a house these days,” said Borle.

She’s not kidding. Over the past year, sales of single family dwellings alone in St. Albert spiked by 38 percent, more than three times the national average as potential purchasers eye homes in the city available for an average price of $446,719 according to most recent figures. Across the country, the housing industry is hotter than ever, with Statistics Canada reporting a 12.6 percent leap in home sales in 2020, with the annual average price of a home jumping by 22.8 percent to $621,525.

Driving the percolating market are mortgage rates at bargain-basement levels, a side effect of government lockdowns in reaction to the spread of COVID-19 which have devastated other industries in Canada from hospitality to travel. It’s a situation that speaks to basic economics: suffering sectors bring down the economy and throw people out of work, thus driving down interest rates because fewer people can afford to borrow.

But despite higher home prices, lower mortgage rates make the prospects of financing for a new home far more attractive, a venture that looks rosy as long as those rates stay low. However, with the arrival of vaccines and a multiple-stage reopening of the economy on the horizon, pundits expect rates to creep back up.

The result? On the one hand, those wanting to buy might second-guess that decision. But others who’ve already bought places might be fearful about losing the very homes that provided much-needed quarantine shelter from the pandemic.

Calm Before the Storm

Rhonda Fox Miles, a licensed insolvency trustee in Edmonton, believes the housing market is in a state of calm before the storm.

“Bankruptcies are very low right now, but everybody’s waiting to see when the real collections are going to start,” said Fox Miles, who’s had a few clients default on mortgages due to unemployment. “It is really scary because in my opinion, the people living paycheck to paycheck will be pushed over by the rising interest rates. That’s when we’re going to expect people coming to our doors.”

Fox Miles’s concerns revolve around that mounting mortgage debt, a hangover from the buying frenzy. Throughout 2020, residential mortgage credit shot up by 7.7 percent, a frenetic escalation over the annual national average of 5.4 percent. All that borrowing totaled $118 billion−the first time the mortgage residential credit ever surpassed the $100-billion milestone in the space of a calendar year. It also added to previous years of borrowing that now stands at $1.7 trillion.

But from her position, Borle isn’t worried. “The rates are still pretty low,” she said, adding that in February she was seeing five-year fixed mortgages at 1.59 percent and five-year variable mortgages at 1.45 percent. “Last year I remember mortgage rates running between 1.8 and 2.2 percent. I think the rates are going to come up a little bit, but not by much.”

Compared to the five-percent rates that were the norm during the financial crisis of 2008, today’s rates seem like a steal. That said, a Globe and Mail breakdown of a mortgage payment published in February took into account that national average home sticker price of $621,525, a 1.69 percent mortgage rate (the figure reported in January for a five-year fixed mortgage), a 10 percent down payment and 25-year amortization and then calculated the monthly mortgage payment to be $2,357. Change the rate to, say, 2.5 percent and those monthly payments jump by $226 to $2,583. That assessment didn’t include inflation, which would boost mortgage rates even higher.

For families barely getting by as a result of the pandemic, that margin could put additional pressure on household finances. Statistics from Finder.com indicate that around 10.3 million Canadians are already feeling the strain of trying to keep up.

Most anxious of the lot were those earning less than $50,000 a year, many of them millennials. Even relatively more well-off families making up to $120,000 annually also said they were feeling the pinch. To those stressed over the effects of rising rates, Statistics Canada warned that “households may find themselves with record levels of mortgage debt relative to their current disposable income in subsequent quarters.”

Understandably, looming increases in mortgage rates is a scary scenario, but it’s also a good time for families to plan for the unexpected. Many experts suggest first-time buyers opt for a fixed rate and get a mortgage pre-approval to take advantage of the current rate before it rises. Landing that pre-approval would lock that rate for up to 120 days. Variable rates are riskier since they’re based on the Bank of Canada prime rate, but proponents of this option add that with the Bank recently announcing its rate will likely stay the same until 2023, it’s a step worth considering.

Borle advises her clients that they must pass the federal government’s stress test which benchmarks the mortgage rate at 4.79 percent.

“Let’s say I’m giving you a mortgage of 1.69 percent,” she says. “Even though it’s that low, I still have to make sure you qualify for a mortgage rate of 4.79 percent. That’s a big spread to consider.”

You’ll find no shortage of experts recommending that people renegotiate their mortgages to also lock into a fixed mortgage come renewal, although Borle adds that might not be the best option for people who want to downsize to a cheaper home.

“Depending on what you might do, you might want to look at a variable rather than a fixed rate because what if you don’t want to live in that house anymore?” she said. “If you want to sell or move, payout penalties can be a killer.”

Eventually, the economy will bounce back once the pandemic threat ends. But it won’t be without a number of mortgage casualties along the way. Said Fox Miles, “When we get back to the new normal, this period is going to be reflected in the number of insolvencies we will see.”

Roughly 80 percent of all residential mortgages in Canada are through the big banks, which are federally-regulated, with provincially-regulated credit unions and treasury branches handling much of the remainder. Regardless of which institution is approached, many of those regulations are so stringent that lending requirements make it impossible for some people to secure a mortgage. That’s where alternative third-party lenders come in.

Some of the better-known firms include Alpine Credits and Capital Direct. And while they have far fewer restrictions, their interest rates according to one Financial Post report are considerably higher, starting as low as 10 percent. Some companies charge upfront fees which can vary, although Fox Miles has heard one account where fees were as high as $5,000.

“I think people are kind of forced into it, because the banks won’t lend them the money,” said Fox Miles. “Third party brokers are still legislated, as they still have to operate within the law, but their threshold is not as high as a bank.”

“Obviously you want to stay from any high rate lender that charges high fees,” added Borle. “Sometimes you have no choice. Right now, some people aren’t working and can’t go to the bank they’ve always dealt with and need some money to get themselves through.”

But with some companies promising exorbitant loans, it’s easy for some folks to ignore the risks inherent in getting that needed cash. The problem is that defaulting on a third-party loan makes a borrower more vulnerable to foreclosure than with a chartered bank.

“The banks, underneath conditions in the Bank Act, have certain requirements to keep all their products even, so they have a limited number of mortgages to give out, said Fox Miles. “Whereas a third-party lender often gets a person to sign a credit agreement or a 30-day demand loan. So if a person misses a payment, they’re not protected by legislation.”

From her standpoint, Borle hasn’t seen much of that happen although the instances she’s aware of involved people struggling financially due to the pandemic.

“I see that more people who lost their job because of COVID have had to scale back their income; it’s sad,” she said. “But would still say that’s a small percent of the population.” 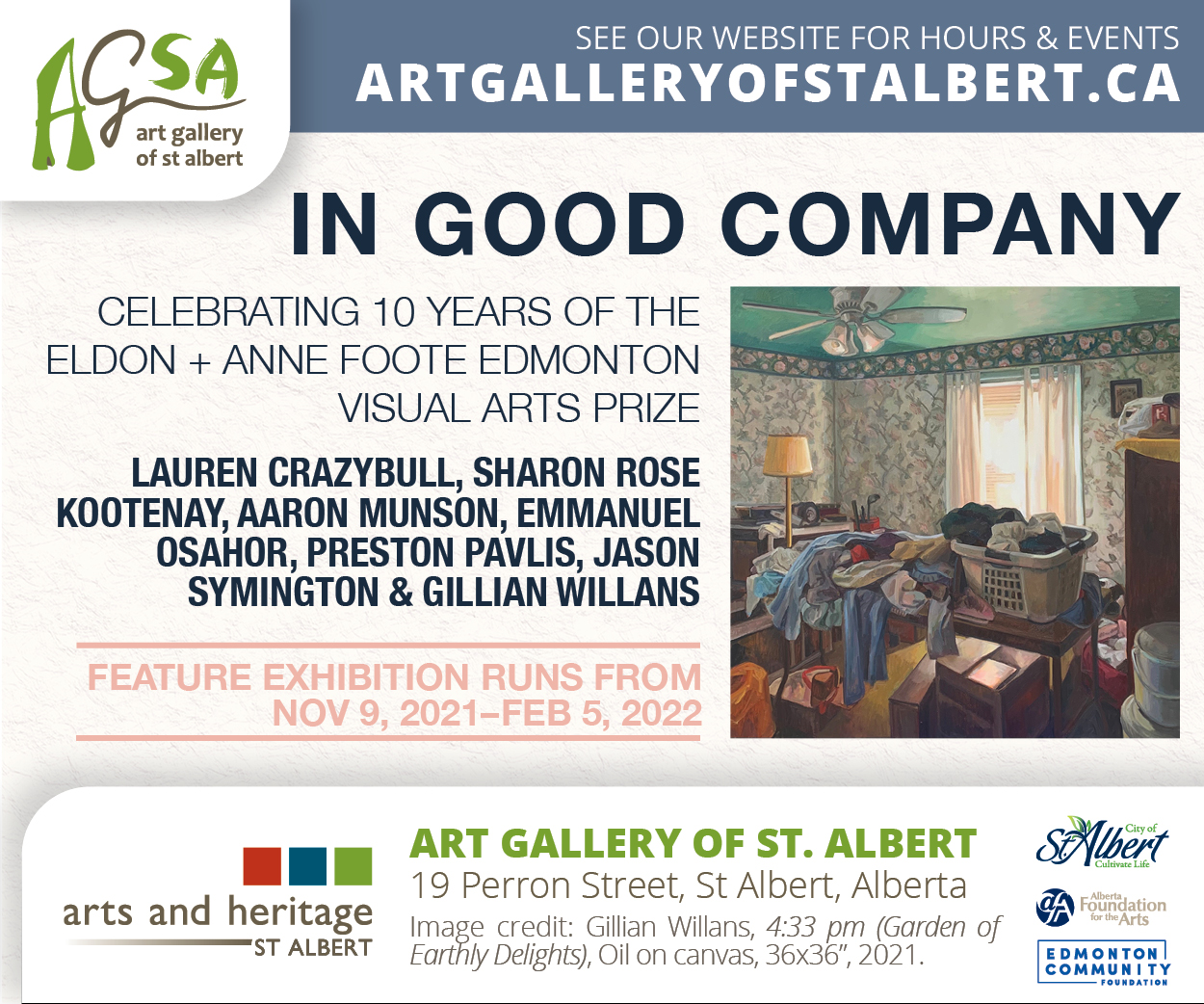