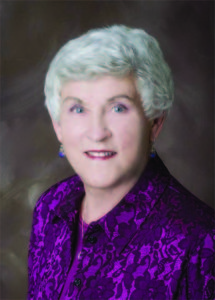 It can take a lifetime to make a dream come true. Just ask Canadian bestselling author Corinne Jeffery. The long-time educator and St. Albert resident didn’t turn to writing until she was nearing retirement. But her story, the Understanding Ursula trilogy, had been with her all her life. “My trilogy follows my journey,” Jeffery says of the books—Arriving, Thriving, and Choosing—which span 80 years and several generations of a family on the Canadian prairies. The books have sold thousands of copies and attracted a following of dedicated readers. T8N recently sat down with Jeffery to talk about her books and her second career as an author.

t8n: When did you know you wanted to be a writer?

CJ: My brother was a year older than me. He went to school and stayed with my grandparents, and I thought that was so sad because I wanted to go to school—I have always loved school. He would bring his Dick and Jane books home, and I was actually reading them sooner than he was. The minute I started to read, I knew that words were my medium. They always have been. And so, by the age of seven, I was telling everybody that I wanted to write a book. Of course, nobody took me seriously.

t8n: You had a lengthy career before you turned to writing. Can you talk about that?

CJ: I grew up in an impoverished, dysfunctional family, and I knew it was very difficult to make a living as an author. In my day, there was teaching and nursing. So I became a nurse […] I earned enough money and got bursaries and scholarships and went to the University of Manitoba and completed a three-year nursing degree. Since then, I’ve been in education. But my book was always with me, at the back of my mind. When I was 57, I started to write. By 67, I had three published books, and before I turned 68, I was a bestselling author.

t8n: Why did you begin writing Arriving when you did?

CJ: It actually started as a healing journey. I wasn’t planning to do anything with it, but my daughter would read over my shoulder and say, “Mom, what are you going to do with this?” And I’d say, “Nothing. This is for me.” Writing has always been for me; I’m very selfish in that. I think most writers are, quite frankly. It takes you to a zone. I lose myself, my characters become real and I need to find out what happens with them.

I really had two primary purposes, other than this healing journey. Because I’m never without one or two books on the go, I kept thinking, “Where are all the really good Canadian stories?” So that was one of the things I wanted to do—write a Canadian story. Because I think we are as interesting and as intriguing as every other nation of people. But the other thing I wanted to do was to immortalize the real, ordinary Canadian. You and me, not the rich and the famous and the sports stars and the politicians, the people who get all the press. 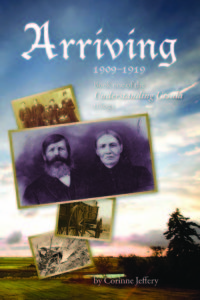 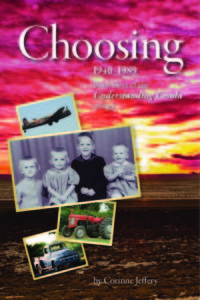 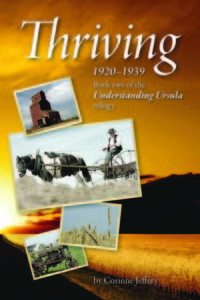 t8n: When did you finish writing the trilogy? What was that like?

CJ: I started to write it in the summer of 2002, and I finished it on March 3, 2011. It was nine years of writing. I got up that morning, about 7 o’clock. I sat down at about 7:30, started to write, and wrote the entire epilogue. By 5:30 p.m. I was finished. It was incredible; it just kept coming. I love the
epilogue… you see, [the trilogy] starts with the prologue, and in the epilogue, eighty years later, I bring it all back together. It’s a full circle. I think writers have muses, but I also think we have some divine intervention. In whatever you believe, there is intervention. My epilogue proved that to me.

t8n: How would you describe your writing style?

CJ: I’m a very visual person, and I take you right to the scene. And you’re there; you will know these people. That’s how I write. I have to be at the scene. If I’m not in that scene with my characters, it’s not going. Once I’m completely fluent with them, then my story unfolds.

t8n: What do you think is the importance or the appeal of pioneer stories like yours?

CJ: Our world is moving so fast and we’re losing so much of our history. [Understanding Ursula] covers that pioneer experience. I didn’t focus on the hardships and the difficulties—we all know it had to be tremendously hard. I focused on the people. I’m a people person.

t8n: How have your readers responded to Understanding Ursula?

CJ: I have people now who have read it three times. I have people asking for a prequel, a sequel, and a cookbook. I’ve come to the conclusion that they like Arriving best because of the pace, the simplicity, the connection between God and man and nature. And people, and the cooperation. We’re losing all of that. That’s another irony: the so-called telecommunications that’s supposed to improve communication is actually putting
a huge wedge between people.

t8n: Tell us about Lords and Lepers, the novel you are currently working on.

CJ: It’s a coming-of-age social commentary. I’m taking four young women, right from youth, adolescence, and into adulthood. [My idea] when I started this book was that in today’s world, all too often, we are valued for what we have and for what we do rather than for who we are… Alberta is a very materialistic place. It comes with all the opportunities and advantages we have in this country, and the money we have.

t8n: Has writing this book been different than writing Understanding Ursula?

CJ: Absolutely. [Understanding Ursula] was in my heart and my mind and my soul waiting to get out all my life. It’s based on real people. But [Lords and Lepers] has been more difficult because it’s pure imagination. But I’m having a great deal of fun with it. t8n