In September 2015, pictures of three-year-old Alan Kurdi’s body were splashed across news outlets around the world. The Syrian toddler had drowned as his family fled their war-torn home and tried to get to safety in Europe. Halfway around the world, in St. Albert, Helen Arnott was so moved by the pictures that she simply knew she had to do something.

In January 2016, Arnott approached the St. Albert United Church with the idea to sponsor a refugee family, and they put an ad in the local paper to see if there was any community interest in the project. It turned out that there was, and 15 St. Albert residents showed up for what would become the committee’s first meeting.

At the same time, Judy Evans, Arnott’s committee co-chair, had talked to the St. Albert Lions Club about hosting a family, but the group realized it was too big a job for them. Evans, however, “didn’t want to be that person who sat back and said ‘somebody should do something.’ Somebody is us, and so our group stepped forward.” Their solution? The two groups joined forces to form the Community Refugee Committee of St. Albert. Today the committee is supported not only by the Lions Club but also by other service clubs, the St. Albert United Church, Catholic Social Services and the Government of Canada through their Blended Visa Office-Referred Program.

“This is a community grassroots group that didn’t know each other,” says Evans. They met for several months and decided that “there was enough interest and will to support a family, so we formalized and started fundraising in September 2016.”

Once the committee determined that there was enough community interest to support the initiative, it began to raise the $30,000 it would take to support a family for one year. Its first event was a parking-lot sale. Evans says St. Albert stepped up and often paid more for items or wouldn’t accept their change because they wanted to help a good cause.

By January 2017, the group could already “show that we had enough financial commitment to support a family, so we decided to apply [to the government]. We’ve just sent in the final paperwork, and we’re waiting for final approval.”

Arnott is not at all surprised that St. Albert has been supportive:

“You have an idea, and you just try. I personally think of what’s possible—and I just didn’t even think of it being impossible. I thought this has got to happen. I had an intuition that we needed to do this, and the time is right.”

Now that the paperwork is filed, the committee knows it will soon welcome a Syrian family who has been living in a refugee camp in Lebanon. The family has already gone through the extensive screening process that all refugees go through, so they will be ready to leave for Canada as soon as the final paperwork is approved.

While the committee recognizes that continued fundraising is vital, settling the family into their new lives will be its greatest and most important challenge. Evans says, “Now our big job is to support our family.” Their plans include all of the preparation needed to welcome the family in late summer or early fall. They are setting up committees to greet the family at the airport (this will be a small group, and no media will be invited); making sure an interpreter, hot meals, furniture and clothing are available; supporting their ESL education; and helping with the family’s budget, finances, health and dental-care needs. In Evans words: “This is not about us, it is about the family.” Helping the family become as self-sufficient as possible so they can settle into their new home as smoothly as possible is what’s most important. To Arnott, “this is what it means to be Canadian—helping to build communities one person and one family at a time.” t8n

There’s still a great deal of fundraising to do. Upcoming events include a parking-lot sale in the United Church parking lot on September 6, a concert on November 17 and a bike-a-thon on May 5, 2018. For details, visit the group’s Facebook page at Community Refugee Committee of St. Albert. 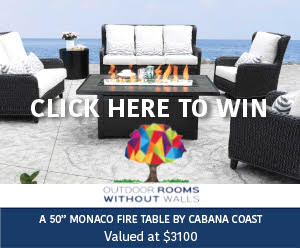