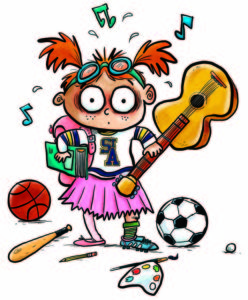 Play—it’s one of the best things about being a kid. Whether indoors or outdoors, alone or with friends, playtime is an important part of a young child’s day. And it’s not just fun and games: children develop through play, building physical and mental skills and learning to interact with others. But is it ideal for children to run free all day, so to speak, or should parents and adults aim to instill more structure into childhood activities? While both approaches have benefits, the answer ultimately lies in how well parents know their children, and what works best for them.

First of all, what exactly do we mean by ‘play’? We recognize it when we see it, but it can be difficult to put into words. Play, Participation, and Possibilities, an early childhood curriculum framework developed here in Alberta, describes play as a “pleasurable and highly motivating context in which children can explore possibilities and solve problems.” Put this way, we can see how learning through play can involve more than the activity itself—the time, space, and materials children use to have fun and create new worlds for themselves are additional factors. Yet, how they imagine those worlds, and what they choose to do there, is entirely up to them.

“Play is what children do, it’s where they learn about life,” says Margaret Mykietyshyn, Assistant Professor in the Early Learning and Child Care program at MacEwan University. “It should be done on their own time, on their own terms, and in relation to what is meaningful to them.”

Like Mykietyshyn, many early childhood educators view free play as an empowering act for kids, one that puts them front and centre and lets them make decisions for themselves. It’s a view that has global clout: The United Nations, too, acknowledges the importance of play for children—in its 1989 Convention on the Rights of the Child, Article 31 of that treaty states that children “have the right to relax and play,” enshrining play as a fundamental right.

For young children, especially, free and unstructured play is crucial to learning about themselves and the world around them. This can be seen in Parten’s stages of play, a classic theory developed by sociologist Mildred Parten Newhall almost a century ago. The theory discusses six stages or styles of play among preschool-aged children and shows how play becomes more complex as children develop cognitive and social skills. The youngest children, those aged two or three, may engage in simple unoccupied play where they merely observe their surroundings. Or, they may take part in solitary play where they focus on a single activity and little else. Older preschoolers, meanwhile, typically engage in more sophisticated types of play, such as cooperative play where they take an interest not only in the activity at hand but also engage with other children taking part.

Parten’s theory highlights the symbiotic relationship between play and learning. As children play, they pick up important motor, cognitive, and social skills. And as they pick up these skills, their play becomes richer, setting them up to improve those skills even further. Obviously, not all children develop in the same way; nor do they progress through a neat sequence of stages. The point is that unstructured play can provide a sort of ‘dress rehearsal’ as children ease themselves into the world outside of their homes.

“When children play in ways that have meaning to them,” Mykietyshyn says, “that is the basis for all of their learning.”

The Case for Structure

Nonetheless, for many parents, the idea of letting their kids run wild all day might seem less than ideal. In recent decades, it’s become common for parents and educators to provide more structure for children. When we speak of ‘structured’ play here, we mean activities that have objectives in mind—completing a game, solving a puzzle, or learning to play an instrument. It’s play with a purpose, and it generally involves rules or instructions to follow. Structured play might also require the supervision or involvement of adults—to explain or enforce rules, to provide guidance and help, and possibly to ensure safety.

If bringing in rules and adults sound like a great way to ruin a good time, keep in mind that structured play does have a valid place in childhood development. In her online CBC article, Make Time for Play: How to Balance Structured and Unstructured Play, Sarah Prowse of the Winnipeg Regional Health Authority estimates that up to 25 percent of a child’s physical activity comes from structured play, with school activities and organized sports as major contributors.
Structured activities are excellent for developing motor skills in kids, or what Prowse calls the ABCs: Agility, Balance, Coordination, and Speed. Also, having a trained adult coach present minimizes the risk that can come with certain activities—imagine a kid trying to learn to swim on their own and it’s clear why adult involvement isn’t always a bad idea.

The Freedom to Play

The difference between unstructured and structured play is that the former puts children in control. It allows them to make up their own rules as they go along, in whatever way they see fit. It’s no surprise, then, that kids associate unstructured activities with “fun, pleasure, choice and freedom,” as Prowse writes. Educators are onboard when it comes to child-directed play, even to the point of defining play as inherently (and exclusively) unstructured.

“When we talk about structured play, we generally talk about play that’s organized by adults,” Mykietyshyn explains. “Usually it has some intended outcome, and that, by definition, is not play at all.”

The qualities that make play valuable, fun, and worthwhile for kids—active, initiated and ruled by kids, focused on process rather than results—are also what define free, unstructured play.

This may also hint at changing trends. While the 80s saw the rise of two working parents and latchkey kids, the last few decades have seen the rise of helicopter parents taking a more active role in their children’s upbringing and social lives, such as planning and organizing a plethora of goal-oriented activities. However, this constant hovering, though well-meaning, may have gone too far toward the other end of the spectrum. “Play has been kind of lost for children over the last 20 years, with so much structure and parental angst,” Mykietyshyn says. “There’s been a decline in opportunities for free, unstructured play, but I think awareness is coming back.” While goal-oriented play places value on results and outcomes, the value of free play is more intrinsic. It’s play for the sake of play, and it doesn’t need to be justified. 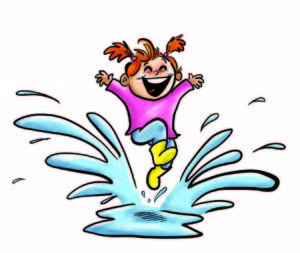 Even so, as kids mature they may come to see play as something only little children do. Many teenagers wouldn’t describe what they do recreationally as “play.” But whatever we call it, for older children, structure can be very beneficial. Organized sports and other pastimes centred on a particular interest such as school chess clubs or coding clubs are good examples, as older kids can gain a lot from them. Taking part in an activity that has rules or instructions requires that kids learn and understand a process. Having structure and objectives to work toward also helps keep older kids interested and engaged in the activity.

As well, aside from new abilities, there are the life lessons that kids pick up through structured activities: the value of teamwork, sportsmanship, developing a good work ethic, and improved communication and social skills. A certain element of risk, too, can be healthy for older kids. Activities with a bit of risk built in, such as hockey and other contact sports, can add an extra level of difficulty (as well as excitement) and this can teach kids to test and push their limits, and overcome their fears. As Mykietyshyn puts it, “There’s certainly potential for learning from those kinds of structured experiences, but there needs to be a balance. The real benefits of play come from the motivation being in the hands of the player.”

Finding that balance between unstructured and structured play takes thought and planning. The prevailing view in early child care (preschool age) is that educators should provide the time, space, and open-ended materials necessary for children to engage their imaginations—and then stay out of the way as much as possible. Because every child is different, of course, that means educators must observe and get to know each child in their charge to discover their personal interests and find ways to encourage what’s important to them.

Parents face the same considerations. However, parents at least have the benefit of knowing their children better than anyone. While younger children in general benefit from having less structure, older children and teens might quickly become bored when structure is lacking. But apart from age, parents also have to consider the personality, temperament, and interests of their children, as well as how much structure they’re getting outside of the home—at school, for instance. There’s no one-size-fits-all approach, but simply providing some opportunities where kids can be in control is step one to ensuring they gain maximum fun and value from play. t8n

United Nations Convention on the Rights of the Child

Article 31 (Leisure, Play and Culture): Children have the right to relax and play, and to join in a wide range of cultural, artistic, and other recreational activities.

Archaeologists excavating at stone-age burial grounds near Lake Itkul in Siberia have unearthed eight figurines they believe are the oldest rattles ever found. Decorated with the carved faces of humans, birds, and other animals, the figurines were discovered with an infant’s remains.