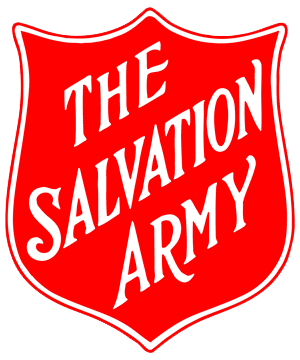 We all know of it, but this Christian organization does a lot more than send out its volunteers and officers to stand in a mall once a year shaking little bells and collecting donations. The Salvation Army Church and Community Centre is celebrating its 30th year being in St. Albert. In those 30 years, its officers, members and volunteers have done a lot of work for this city, much of which is done quietly in the background.

Apart from the thrift stores and the Christmas Campaign, the St. Albert Salvation Army hosts programs to help those who need a meal to eat, learn a skill so they can get a job or receive treatment for an addiction. Under the guidance of Majors Terry and Joanne Cook, our local Salvation Army connects to this community in many ways. Some of its weekly programs include AA meetings, “Tot Time” and “Lunch with the Bunch” (a complimentary light lunch after chapel service so people can get to know thy neighbour). Its monthly programs such as “Collective Kitchens” and “WeCan Food Basket Society” are aimed and feeding the empty stomachs in and around St. Albert. And every year, there’s a Bible-based summer camp for kids called “Soul Sportz” where crafts, field trips and music keep everyone entertained. Christmastime, however, is the Salvation Army’s busiest time. Its “Toy Centre” campaign focuses on collecting and giving gifts to kids who would ordinarily be without, while the “Sunshine Bags” campaign focuses on gift-giving to those in hospitals, seniors’ homes and institutions. And if you’ve ever attended the “Light Up St. Albert” at Christmastime, that hot chocolate that kept you warm was all thanks to the Salvation Army.

At its core, the Salvation Army is an international, non-denominational Christian organization. It holds regular Sunday morning services at its churches for any who wishes to come and hear what the pastor imparts about Christian values. It follows the hierarchy of any military group, and because of this when there’s a major crisis, the Salvation Army mobilizes quickly to bring aid to the victims of disasters, such as the Québec ice storms or the Fort McMurray wildfires.

However, the Salvation Army’s early life in Canada was a shaky one. When it started in 1882 and its members began to help the poor and in-need just like they did in Britain, Canadians weren’t so ready to embrace this new type of Christian ministry. The members were often beaten and jailed just for trying to help people or for trying to bring the word of God to anyone who wanted to hear it. Acceptance of the Salvation Army took awhile, but its members courageously went all over the country where help was needed most. It was instrumental in bringing about Canada’s first prison parole program, it opened up Canada’s first maternity home in Saint John, New Brunswick (later to be known as Salvation Army Grace Hospitals) and in 1908, it started salvage work in Toronto, which lead to the start of their famous thrift stores. And in 1909, an Act was passed bestowing the Salvation Army legal status, as well as it allowed the organization to structure itself by its own.

So while you might not see St. Albert’s Salvation Army’s work on the front pages of newspapers, it doesn’t mean its members and volunteers aren’t doing important and valuable work. To those who come to its many programs, its church services or as simple as receiving a hot chocolate while watching Perron Street “Light Up,” the Salvation Army is always there, every day of the year, trying to make our community a better place for all.

A few facts about the Canadian Salvation Army

Saving on Textbooks this September