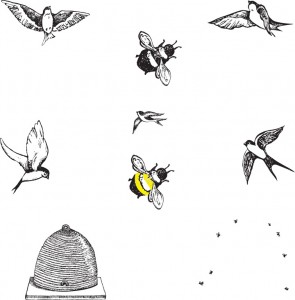 As some Ontario residents continue to protest the new curriculum, parents and educators across Canada are asking some thoughtful questions about rights and responsibilities in preparing children for a world that is increasingly transparent, interconnected and diverse. As our society continues to navigate such complex issues as online harassment, sexual expression and violence against LGBT youth, parents, educators and government all have a stake in shaping today’s children into the thriving adults of tomorrow.

Ten years ago, our world was markedly different. Social media remained in its infancy, as Facebook had not yet expanded its reach outside universities. Snapchat, the popular messaging app that allows users to send photos and videos that “expire” after ten seconds, was six years away from prototype—and nine years away from a hack that caused the online release of thousands of the app’s “impermanent” photos. In 2005, 46 percent of eleventh-grade students owned a cellphone; that number leapt to 85 percent in 2014. The average teen sends an estimated 3,000+ texts per month.

Ten years ago, provincial legislation in Alberta outlawed same-sex marriage (it would become legal only under the federal Civil Marriage Act on July 20, 2005). The modern transgender rights movement, which has just recently begun to gain visibility in mainstream culture, was barely being discussed outside activist groups. The term “gender identity” would not be added to the Canadian Human Rights Act and Criminal Code until 2012—before the addition, trans people did not have an explicit basis for equal rights in the areas of health care, housing and employment. Now, in Alberta, legislation is being drafted so that trans people over the age of 18 will no longer be required to have undergone sexual reassignment surgery to change their listed sex on their birth certificates.

In 2008, a survey conducted by the University of Toronto revealed that half of the young people surveyed had experienced cyberbullying, the practice of bullying someone with the use of technology—usually with social media, photos and online threats. Further, 75 percent of those who admitted to cyberbullying had never bullied a person in real life. Unlike in-person bullying, cyberbullying can happen anytime of the day, often when a child is alone. Cyberbullying is now arguably more frightening than in-person bullying (with the exception of physical violence) because it often happens anonymously and behind closed doors.

Cyberbullying and revenge porn hit close to home in 2012 as the Amanda Todd case in British Columbia sparked national headlines. Todd committed suicide after Aydin Coban, a 35-year-old Dutch citizen, harassed the teen for years online. After convincing Todd to expose her breasts via webcam, Coban used images obtained from the exchange to threaten and humiliate Todd by sending them to family members, teachers and friends at several schools. In October 2012, Todd committed suicide after years of public humiliation, depression and self-harm. The case triggered a national discussion on cyberbullying, consent and the erasure of physical barriers to life-threatening harassment in a sexual context.

Non-binary gender identity, sexual orientation, cyberbullying and the conse-quences of receding privacy online are all realities that confront the majority of North American teens, whether directly or indirectly through peers. While sexual and gender minorities are historical constants that have undergone many years of social evolution, other contemporary issues in sexuality are new byproducts of rapidly advancing technology. Most parents, both young and old, have little to no first-hand experience with modern elements of teen sexuality, some of which are still evolving within legal, political and social spheres.

As parents wade into the foreign waters of today’s “sex talk,” some may be wondering if they are adequately equipped for the discussion’s new complexity. Gone are the days of sitting kids down for one chat about the birds and the bees—but who should be talking about what, and when?

Portions of Alberta’s sex education curriculum—part of what is called Career and Life Management (CALM)—are currently under review, and parents, educators and school boards are encouraged to share their perspectives on possible changes. The following are some highlights from Ontario’s new curriculum as compared to Alberta’s current sex education program:

Alberta: Students are taught the proper names for genitalia in kindergarten, to equip them with the terminology necessary to communicate situations of abuse.

Ontario: In addition to proper names for genitalia, students in Grade 1 are taught how to recognize body language and tone of voice as part of healthy communication skills.

Alberta: Students in Alberta are expected to understand consent in Grade 8, but the explicit mention of consent as part of a healthy relationship is not included in the current sex education curriculum; however, Edmonton’s public school trustees recently voted unanimously to lobby for the inclusion of consent in the official curriculum.

Ontario: The concept of “no means no” is introduced to students in Grade 2, along with definitions of verbal and physical violence. Consent arises again more explicitly in Grade 6 within the context of building healthy relationships, and then in high school as part of the promotion of healthy sexuality.

Alberta: In Alberta’s current sex education curriculum, it is unclear when “sexting” and online safety are discussed, if at all.

Ontario: Safe Internet use will be discussed in grades 1 through 3, but students in grades 4 through 6 will learn about “sexting,” protecting their online privacy and the legal, social and psychological consequences of disseminating sexually explicit images online.

Alberta: The terms “sexual orientation” and “gender identity” are omitted from sex education in Alberta, although students in Grade 7 are taught to “identify the effects of social influences on sexuality and gender roles and equity.”

Ontario: Beginning in Grade 3, students will learn about same-sex relationships and that families with two mothers or two fathers are acceptable and normal. In Grade 6, students will start to learn about “gender expression” and how it may differ from biological sex. More extensive discussion on sexual orientation and gender identity continues in Grade 9, and resources for support are offered at this time.

According to the Institute for Sexual Minority Studies and Services at the University of Alberta, eight percent of high-school students are non-heterosexual or questioning their sexual orientation. The average age of “coming out” as non-heterosexual is now 15 or 16 years old. Recent research shows that 30 percent of lesbian, gay, and bisexual teens have attempted suicide, and one study from Calgary reported that young gay males are 14 times more likely to attempt suicide than heterosexual male youth. In Alberta, 53 percent of LGBT students feel unsafe at school—compared to only 3 percent of heterosexual students.

While sexual minorities make up a relatively small percentage of elementary and high-school populations, LGBT youth still face a disproportionate level of stigma at school. As many as 93 percent of students hear derogatory words about sexual orientation at least on occasion, which can serve to normalize the denigration of sexual minorities on a daily basis. Bullying can begin as early as elementary school, but it usually intensifies in middle school and high school as children begin puberty. Today, young people have much wider access to diverse representations of the LGBT community through television, social media and online videos.

Given that a child’s online access to information is often unpredictable and difficult to control, it’s important to equip younger children with basic, accurate information on the lives and rights of LGBT people, so that kids can begin to question any negative stereotypes they encounter online or offline. In Ontario, sexual orientation and bullying are so intertwined that new curriculum on sexual orientation is enshrined as part of a 2012 anti-bullying bill. Parents are not permitted to exempt their children from classes that discuss sexual orientation because it is considered a human rights issue.

In Alberta, parents will soon no longer be able to exempt their children from classes that discuss sexual orientation—but sexual orientation is not explicitly mentioned in the province’s current sex education curriculum.

In Ontario, parents are still permitted to exempt their children from classes that cover material that may contradict religious beliefs and values fostered at home (except when that content is deemed a human rights issue, as mentioned above). Catholic schools, however, are not exempt from teaching the province’s new sex education curriculum, although teaching will reflect Catholic values.

Under the Alberta Human Rights Act of 2010, all school boards are required to “provide parents with notice where courses of study, educational programs or instructional materials, or instruction or exercises…include subject matter that deals primarily and explicitly with religion, human sexuality or sexual orientation.” Once notification is given, a parent has the option to request that their child either be removed from class or remain in class without participation. Once Bill 10 is enacted on June 1, 2015, Alberta schools will not be required to notify parents or get consent for a student to participate in a gay-straight alliance.

As a parent in St. Albert, you have the choice to send your child to public, Catholic or Protestant school. While Alberta’s CALM curriculum is mandatory across all school boards, schools and teachers may vary in their approaches to sex education. Inform yourself by reading the full curriculum (link below) and contacting your child’s school principal for more information on how you can work together to incorporate healthy conversations about sex and relationships into your child’s life. t8n

CALM is mandatory curriculum for all Alberta students, but parents have a right to exempt their child from instruction on religion and human sexuality. More information may be found here: http://education.alberta.ca/media/792790/ParentalNotificationGuidetoEducation.pdf

Note that under new legislation announced in March 2015, parents will soon no longer be able to remove their children from classes that discuss sexual orientation. It is currently not clear when the amendment will come into effect.

Alberta’s Career and Life Management (CALM) curriculum may be reviewed in its entirety online. Content that may be sensitive in nature (i.e. sex education) is bolded and italicized throughout the document for easy identification.