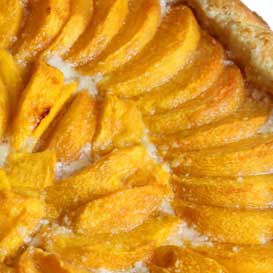 Yup. You read that correctly. We’re shining a big, bright spotlight on the mother of all deliciousness: rendered pig fat! Now, before you clutch your chest or make a break for the treadmill, consider this little fact: lard, in all its vilified glory, contains 20% less saturated fat than our golden boy, butter. A license to go whole hog, you say? Not a chance. But while you shouldn’t be reaching for it every day, you also needn’t be afraid to reach for it. Welcome to this month’s spotlight.

The Skinny on Lard

To start, rendered lard is not to be confused with bacon grease. Lard, in its purest form, comes from the soft fat surrounding the loin and kidneys of the pig. Referred to as leaf lard, this fat is considered the highest grade of lard available. Which brings us to this next point: not all lard is created equal.

The lard you come across in most grocery stores is likely rendered from fat all over the pig (still good quality) but has also likely undergone a process called hydrogenation. And while hydrogenation is fabulous for making liquid fat stable and solid at room temperature, it’s also a source of trans fats—something pure lard has none of. As you know, trans fats raise your bad cholesterol (LDL) and lower your good kind (HDL). Most of the margarine people cook and bake with also contains trans fats.

What Can I Cook with Lard?

What can’t you cook with lard!

If flaky pie crusts and biscuits are your weakness, bake them with lard. You’ll likely notice the difference.